Boost Your Knowledge here.....take it lightly

Today’s topic is on Woman. World's most Unpredictable object. ( When God could not understand then what about humans?) 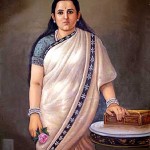 Aim: To understand some feature of WOMAN in LAB .

Atomic weight : (don’t even go there)

Physical properties: Generally round in form. Boils at nothing and may freeze at any time. Melts whenever treated properly. Very bitter if mishandled.